Following on from his article about 'The Spacewhacker' Bob Lennox from Glasgow writes to tell us about a series that preceded this called 'The Bushwhacker' which ran from September 1960 to June 1961 and was illustrated by Terry Patrick. Bob also sent me these beautiful scans: 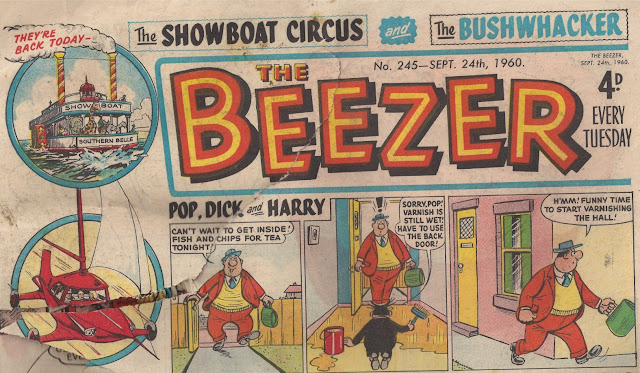 Familiar with the Spacewhacker series on the back page of the Beezer, I was surprised to learn that this series had evolved from an earlier concept titled Bushwhacker, which I had seen in an older  Beezer annual.   The original Bushwhacker looked like a small yacht, but had four wheels, and could travel at speed over a variety of terrains.  It was set in the Australian bush, and featured the same characters as Spacewhacker, the Silver family:-  two brothers Slim and Bob, and their sister Tess.
What I did not appreciate was an intermediate vehicle, the Bushwhacker II, which grew from the original series, but was more advanced and ambitious, opening up adventures in other countries and settings, based on a race round the world with another  vehicle.  Once this series had run its course, it would have been a logical progression into outer space, thus producing the Spacewhacker series.
By sheer luck, a copy of the Beezer turned up on eBay, which featured the first of the new series of Bushwhacker II and its launch, illustrated here.  Lets hope that subsequent  editions turn up that enable us to fill in the blanks in this fascinating series. 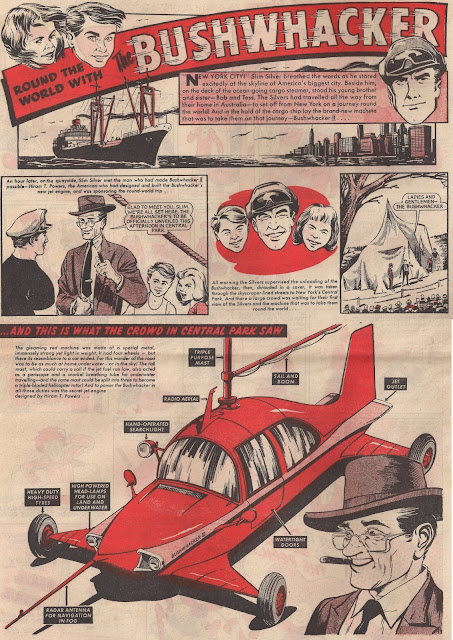 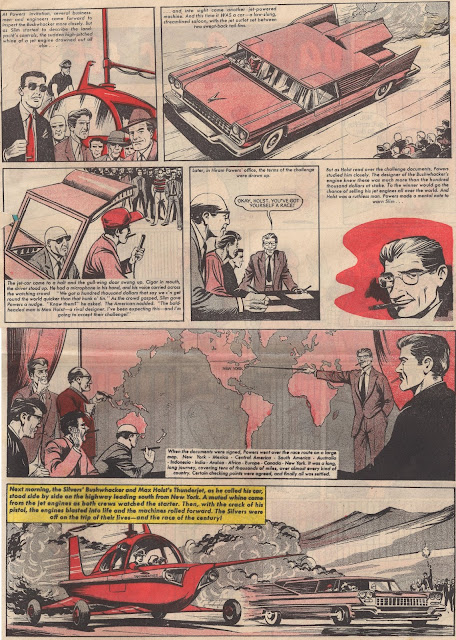